The animated caper gets nominated for Best Picture. What next?
The beloved series couldn’t have asked for a grander exit. Not only did Toy Story 3 become the darling of critics worldwide, it also turned out to be the highest grossing film of 2010. Not satisfied with its laurels, Pixar set its eyes firmly on the gold. Of the statuette variety. Since November 2010, Pixar has been vigorously campaigning for the Best Picture Oscar. Its nomination in the category leads it one step closer to the prize.
Pixar’s toy box adventures gripped audiences right from 1995 and returned to enthrall in 1999. The latest offering not only scores points in the humour department but also strikes a cord with children and grown ups alike.


To the Oscars, and beyond!
Widely acknowledged as the creators of one of the best film trilogies, Pixar wanted to be recognized for making the best film with ‘TS3’. Thus began its elaborate Oscar campaign with tongue-in-cheek ads with the phrase “Not Since”. The point is to evoke the emotions of Academy voters into thinking, “not since Return of the King has a sequel won Best Picture. Maybe it’s that time again.” The comparisons meant to highlight the fact that previous winners have included sequels, films belonging to different genres as well as shocking surprises.
The campaign has divided the world into Team Toy Story and Team Everybody Else. While some are aghast at ‘TS3’ being compared to movies like Inception and The Social Network, others have no trouble imagining ‘TS3’ going home with the gold.


“A cartoon can’t win!”
Many believe the movie doesn’t stand a chance. Popular opinion states that while it’s an entertaining children’s film, it cannot be compared to the other ‘serious cinema’ contenders. “Honestly I don’t see what all the hype is about,” says Rahul Thakkar, budding producer.  “It’s a fun film to watch but it lacks the depth and cinematic brilliance of movies like Inception or even The Social Network which deserve to win.” Kashvi Gidwani believes the story’s theme will prevent the film from cinching gold. “The story was very emotional but the movie’s drawback was that it appealed more to a younger audience.” Aditya Nair puts his money on The Social Network. “There is certain finesse to that movie which Toy Story lacks,” he states. 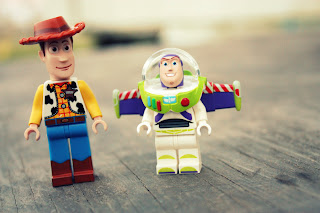 For those who have grown up with Woody and Buzz, an Oscar for Best Picture would be the perfect way to say goodbye. However with such heavyweight non-animated nominees, they don’t see a win in the film’s not-so-distant future. “I'm all for it winning. I think ‘TS3’ is awesome,” says mass media student Pranav Tonseker. “It’s entertaining and has its funny and emotional moments. But it faces tough competition from Inception, The Social Network, Black Swan and 127 hours. These movies have different plots and are cinematographically unique. At the end of the day, ‘TS3’is your typical Disney Pixar fare. People taken hostage. People captive. One seemingly good but bad guy. One rescue mission. You'll see the very same plot unfold in the earlier films.”
“A good film is a good film.”
Team Toy Story is quick to retaliate. A good film speaks for itself, they believe. “’TS3’ is a very well made movie,” says mass media student Maitri Gandhi. “They paid attention to the smallest of details. The movie appeals to both kids and grownups because of the subtle messages of attachment, loyalty, love and care. Unless the Academy is biased against animated movies, I think it has a good chance of winning.” Some preferred other movies but didn’t consider Toy Story out of the running. “It was nominated which means it stands a chance,” says engineering student Raj Dasgupta. “Although I preferred The Social Network, I think ‘TS3’ might win. It’s a simple heart warming story that brings a smile to your face.”
Mukta Patil thinks that the series’ much-loved legacy could influence the panel to vote for the film. “The original Toy Story was the first Pixar movie.  So many people have been emotionally attached to it since 1995. That might increase its chances of winning.” She dispels the notion of animated movies being considered glorified cartoons for children. “That perception is outdated. The movie made me cry! Since Pixar started making movies, even adults started enjoying them. My dad thought Pixar movies were for children, but when he saw one, he ended up watching all Pixar productions.” 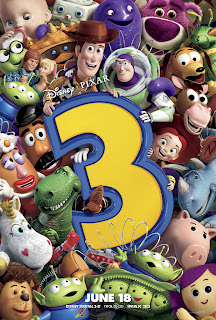 ‘TS3’ is only the third animated film to be nominated for the highest honour (the first being Beauty and the Beast in 1991 followed by Up in 2009). Additionally, none of the Toy Story films have ever won an Oscar. Not for the lack of merit however as the Animated Feature Film category was only introduced in 2001. Pixar has a lot riding on the movie, as do the countless fans worldwide who think it’s high time Toy Story was honoured by the Academy. However the Oscars aren’t about bowing down to emotion but about awarding excellence in cinema. Thus may the best film win; be it one about a jumble of talking toys or one about betrayal and politics in the world of social networking.
To see all the Oscar campaign ads, click here.
Parinita Shetty
Roll No. 48
Posted by KC BMM Journalism at 2:34 PM