Pop music: Is it The End?

Those Pop Times
What comes to your mind when you think of the 1990s? The economic boom or the liberalization perhaps. And what about the music world? Especially, the pinnacle that the Indi pop music industry reached in those years.  There were Colonial Cousins, Suneeta Rao, Shaan, Alisha Chinoy, KK, Remo Fernandes, Falguni Pathak. The list of such artists and their videos is endless. But around ten years later, they completely disappeared from the scene. This trend like the others, faded into oblivion. But it had and still has a resounding influence on the kind of music that the youth of today’s times prefer.
To know more about Indi-pop, click here.
Beginning of pop


This Indi pop culture actually started due to the need of the global music channels in those times- MTV and Channel V having been recently launched- to cater to a larger Indian audience as well as provide them with a wide variety of music. Indi pop emerged from an eclectic mix of genres, that is a hybrid of Indian and western musical traditions. 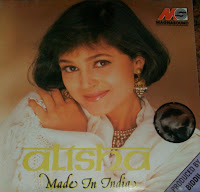 Music producer Mr. Atul Churamani, Vice President of Saregama India Limited who has been a driving force in developing the popular music market in India says, “When I was with Magnasound India Pvt Ltd., we produced two videos. One was for India’s first rap act in Hindi with Baba Sehgal. The videos were hits and Baba’s album Thanda Thanda Pani, became a 7,50,000 seller because of the video. ”

Their album Made in India outsold the top-selling Bollywood film soundtrack of the time. This led to a string of Indian pop music hits and stars and the pop music industry grew to occupy a significant segment of the music marketplace.
Rise and Shine! 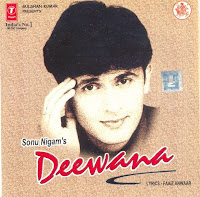 Thus, the music industry began to give a lot of encouragement to Indi pop music by producing, marketing and launching many albums. Soon a number of people struck out and a good percentage of them also met with success. Some of the second-wave singers who caught the attention of the public were Punjabi singer Daler Mehndi, classical vocalist Shubha Mudgal who tried her hand at popular music briefly, Sonu Nigaam who is today an established playback singer and Lucky Ali who had a distinctive style.
So why did these videos suddenly decline? Music composer Anu Malik states, “A major reason is that the returns are not good. Talent is immense but audio companies suggest that artists should shoot their own songs. But to do this one requires money. And young and upcoming artists are not paid back well. So where do they get the money from?

Singer KK gives the cost of making a video,"It depends on what you want to do in the video you can spend a couple of lakhs as well as crores for the video. Technology now offers d flexibility of making videos pretty cheap.Earlier it wasn't the case and a video would cost 10-15 lakhs. Even my album Pal did cost more than 12 lakhs.

"Also it all boils down to demand and supply. If there is no demand from the public- the youth- then why would there be such videos?”, adds Anu Malik.
Interestingly, the youth has a different opinion.

“I obviously loved those videos. They had soft music and didn’t have as many beats as there are now. So I would like that to come back,” responds Vaibhavi Tailor, student of Nirmala Niketan College of Social Work.

Deepika Sharma, a B.A. student of K.C. College agrees, “I liked those songs, especially those of Falguni Pathak. They were good to listen and had soothing music rather than the filmi songs of today.
Pop Coming Back?


Thus, it all comes to the kind of music that pop videos offered and that they had more value than the videos that came in later or Bollywood songs too. The young audiences do want some good, soulful music and not the ‘jhatak’ music that is currently going on. And there is a chance of the revival of this trend. “Yes, there can be a change in the music industry as people want music that can be hummed and enjoyed, one that has foot tapping.” concludes Anu Malik.
Hence, all is not bleak for the future of pop music videos in India and one can anticipate them coming into the music scene once more. As Albert Einstein once said – “Learn from yesterday, live for today, hope for tomorrow.”
Following are some links that would help you know more about pop artists
http://en.wikipedia.org/wiki/Krishnakumar_Kunnath
http://en.wikipedia.org/wiki/Alisha_Chinai
http://www.suneeta-rao.com/index1.htm