‘Imagine a world without…’ is a frequently used term. It was first used in connection with basic necessities like air and water. We then moved on to using it for inventions as and when they were invented; newspapers, radio, television, internet, etc.
On the 10th anniversary of what may well be the most visited, trusted and relied upon online information database in the world, let us try to imagine a world without Wikipedia.


Visited more than e-Bay
This unique system has allowed millions of people to create an online encyclopedia that went live on January 15th, 2001 with little fanfare. No one knew whether people would contribute to such a project, and if they did, whether the information they submitted would be reliable. Fast forward to today, and that ‘upstart’ Web site is an important source of information for millions of topics. Although it has suffered its share of inaccuracies and hoaxes, it remains among the Internet’s most visited sites, more visited than eBay.

http://searchengineland.com/wikipedia-enters-top-ten-most-visited-sites-10536 http://elearningtech.blogspot.com/2007/04/wiki-traffic-what-gets-visited-on.html
Information received with just “one click”
Old school thinkers may frown at the fact that fewer and fewer of the young generation are visiting libraries thanks to websites like Wikipedia, but the truth that cannot be avoided is that websites like these are here to stay. In an age where even our coffee is supposed to be ‘instant’, any tool that cuts down the time taken for information gathering is a welcome one.
http://www.soyouwanna.com/soyouwanna-learn-use-wikipedia-1638-full.html
Non-profit organization
The site is run by a non-profit Wikimedia Foundation of San Francisco, it has now slowly developed itself into a universal mass of human knowledge compared to Internet itself which is less efficiently organized.
http://www.businessinsider.com/jimmy-wales-wikipedia-non-profit-2010-5 http://www.informationweek.com/news/internet/showArticle.jhtml?articleID=202801727
“Wikipedia complies almost everything and what really interest’s me is the fact that, it can influence the globe to seek any form of document or information, “said Manoj Mane, software engineer with Zoom Entertainment Network at Mumbai,who further added, “The site has now become very reflexive thing that sits on the shelves”.
This site has gathered interest over the years, attracting more and more contributors. Today, it has more than 3 million articles in the English version alone. In total, the site accounts for 1.74 billion words in 9.25 million articles in approximately 250 languages.
http://www.cbc.ca/technology/story/2011/01/14/technology-wikipedia-anniversary.html

Aruna Hariharan considers Wikipedia to be a boon to students, “Internet in general is a reliable source for information. Also, it’s much easier to punch a subject into a search engine and use the answer that comes up, than to actually look for a reliable   resource and read through it to find the information you need”. 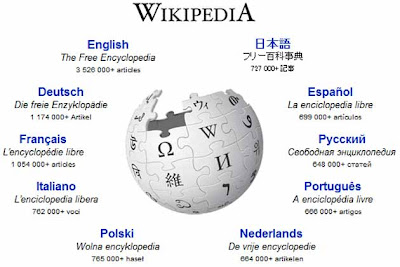 If you are a member and decide you don't like the way something is explained you can change it to fit your view. Akshay.Kasurde, a professor from the S.I.E.S College, Mumbai also feels, “The site generally contains accurate information. If you disagree with an entry you can dispute it which shows up on the concerned page.” Kasurde’s view is shared by many across the globe, who regard Wikipedia as not only a source of information but as an online discussion forum of sorts, where information is challenged and proven on a daily basis.

Gautam S Mengle, a crime reporter with an English daily, adds, “I mostly have Wikipedia running in a separate page while I am working. At a time when deadlines close in by the second and bosses are screaming for either stories or blood, it is helpful to be able to cross check doubtful information by running a quick search.”

With the amount of difference it has made to a lot of us over the last ten years, one feels that the time has come for Wikipedia to join the list of necessities one cannot imagine the world without.

Hope it has  many more successful and glorious years to come.